Certain Aperture - 2010a After Action Report

Blackline Simulation's CERTAIN APERTURE is a hostage rescue simulation in Southern Ontario, Canada. A captured intelligence agent (callsign POACHER) that had been missing for over 12 months was reported to be in Ontario for a small window of time. Task Force 201 was established to locate and rescue the asset.

A full background of the operation is available in the CERTAIN APERTURE Intelligence Brief (PDF).

In late August 2020, intelligence linked a local smuggler to POACHERs suspected captors. The smuggler was provided the codename YUKON. This link initiated a 'BLACK BAG' operation against YUKON as he stayed in a hotel in downtown TORONTO.

On 22AUG20, a small team of personnel deployed into the city to observe the hotel and track YUKON's movements.

This group consisted of five teams. The surveillance teams were made up of KINGSTON, MELBOURNE, SYDNEY, and LONDON. KINGSTON team was deployed north of the hotel. MELBOURNE team maintained observation on the south entrance. SYDNEY team held a stand off position. Finally, LONDON team remained inside the hotel bar to observe the elevators and lobby area. BISHOP team was designated the technical surveillance team and was tasked with entering the hotel room to plant audio and video recording devices as well as to conduct a search for evidence on site.

At approximately 1905h, YUKON left his hotel room and was picked up by LONDON team in the lobby. Exiting through the south, he was also spotted by MELBOURNE and KINGSTON teams. This triggered the active foot surveillance portion of the mission and teams began to track YUKON through the city.

Meanwhile, BISHOP team entered the hotel. An asset developed within the hotel staff concealed a key within a stairwell which permitted non-destructive entry into YUKON's suite.

During the initial emplacement of devices by BISHOP, the street teams lost contact with YUKON. This presented a serious threat to the operation. A surprise return by YUKON would result in a hasty mission abort, possibly resulting in sign of the operation being left behind. KINGSTON moved north while SYDNEY team spread to the south.

Listen to the radio traffic from the follow at the SoundCloud link below.

The room search yielded a number of items that were of great interest to the team. A uniform similar to that of SPA forces was discovered in the subjects bag. A receipt was discovered in the trash bin indicating the subject had been near NEWMARKET on 08AUG20. Impressions were found and copied from a notepad next to the bed. Finally, obscured behind the cover of the ironing board was a number-filled sheet of paper with unknown purpose. All items were photographed and returned to their original position. 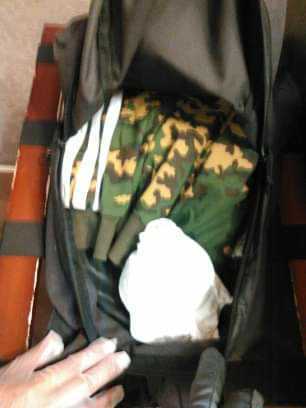 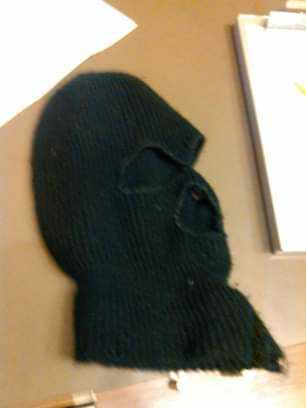 Also installed during this search were a series of video and audio surveillance devices. A pen camera, a USB charger camera, and a third micro camera were all positioned inside the room. A voice recorder was installed near the bed. A segment of the audio file, including YUKON's discussion with 'DAVE' are available here (15mb mp3 - approx 15min)

SYDNEY team reestablished contact with YUKON approximately two blocks south of the hotel in a small park where he appeared to be drinking coffee and relaxing. Moments after this connection was made, YUKON began to move north and back towards the hotel. Units in the area were placed on alert, however SYDNEY and KINGSTON teams were able to maintain constant observation on the subject after this point. Upon entering the hotel, BISHOP team aborted their mission. The room was immediately vacated and team members escaped into the stairwells nearby. All teams were able to return to the RV point successfully.

Intelligence gathered during the operation and from the listening devices let teams to determine that YUKON was arranging a site on HERALD road near NEWMARKET. The case for this target was presented to CONTROL who authorized a reconnaissance mission to the site, now code named OBJECTIVE MAGNUS.

**DISCLAIMER - Law enforcement was informed of the start and end of this event. All materials were removed from the hotel room post-exercise. All guests to the hotel were registered properly and permission granted by the room owner to enter the room. All participants were consenting and aware of the activities taking place.**

**Due to the ongoing nature of the event and both sides seeking intelligence on the other, this section will only be populated with information known to both groups at this time. After event completion, this section will be updated with a full report.**

Reconnaissance planning for Objective MAGNUS began shortly after the target was authorized by control. A list of intelligence requirements was created that included information about the site, structures, and OPFOR personnel. This list was taken by the planning team and used to assign key tasks for the individuals conducting the recon mission.

Sometime after 1800h 04SEP20, a recon team was deployed onto the target property and conducted their infil to an ORP. Equipment and communications were verified before teams continued onto their taskings.

Over several hours, teams maneuvered around the target to obtain the best vantage points. They were aided in this by a dedicated ISR team that was able to maintain aerial imagery of the site.

During the observation of the target, several photos of OPFOR were captured. Analysis by ground teams and TOC personnel were able to provide positive ID of several suspects. 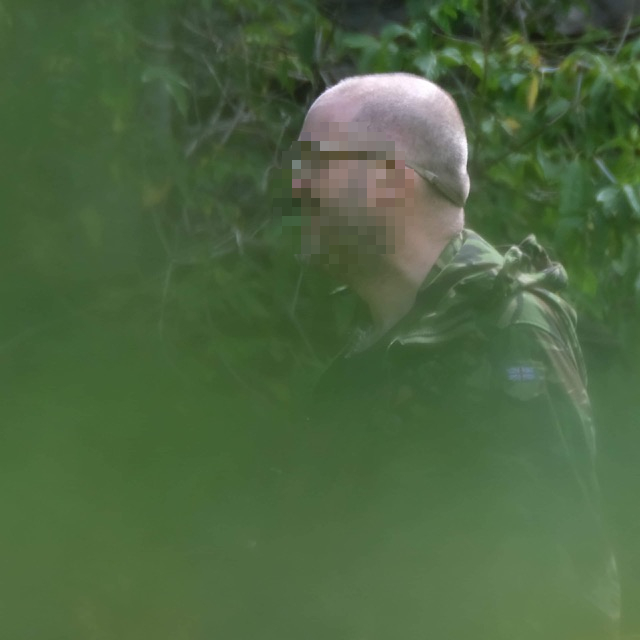 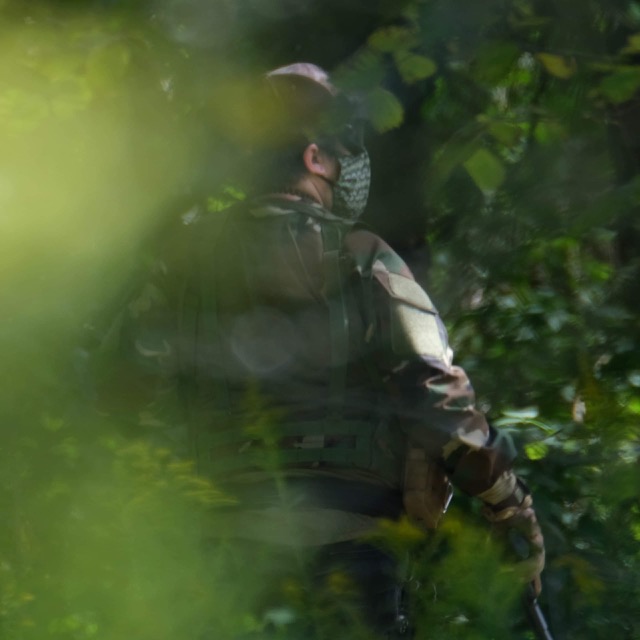 Also during the observation period, teams witnessed a large amount of activity around a black vehicle which appeared to be an SUV. This vehicle left the site and returned to a heavy security presence. Ground teams suspect this attention indicated an object of value inside the vehicle, but surface and aerial imagery could not verify what it was. 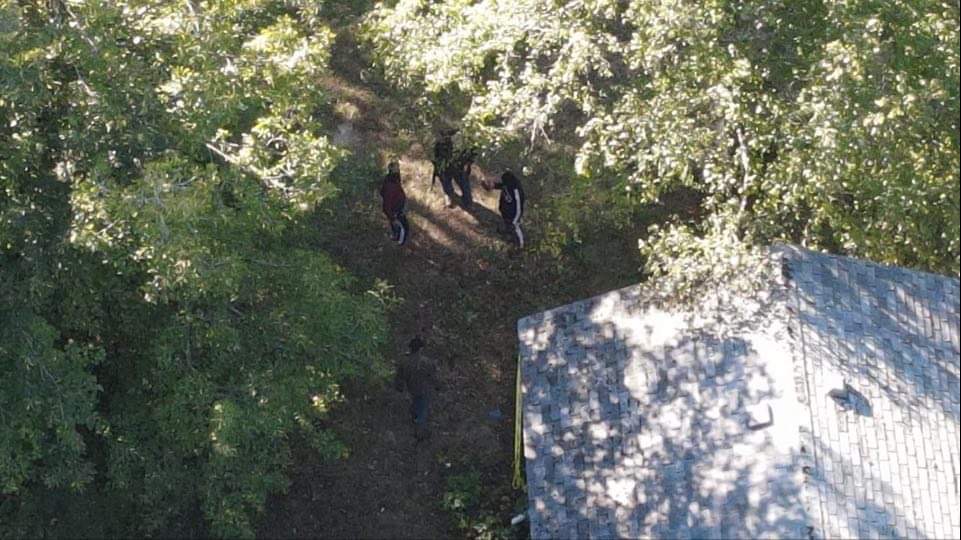 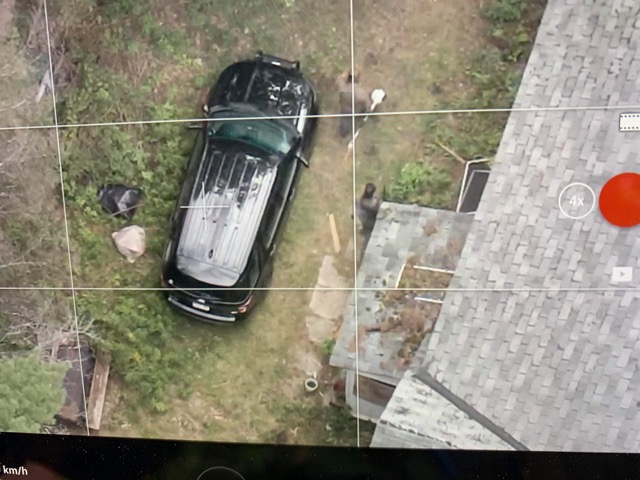 At this point, one of the ground observation teams was compromised. The team called in that they were attempting E&E but contact was lost shortly after. Despite multiple attempts to raise the team, all efforts failed. It was the ISR team that discovered the fate of the observation team. One individual in a camouflage suit was seen being escorted by opposition forces toward the farm house. A body matching the description of the other team member was located in a field on the south end of the property. 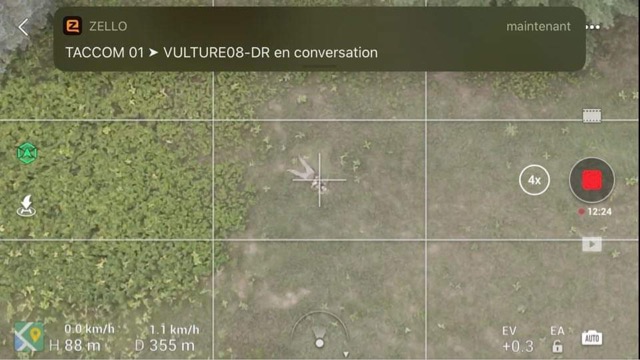 Remaining elements were able to RV and extract critical equipment. A decision was made that since the element of surprise was lost, an attempt would be made to slightly reduce the OPFOR presence on site for the follow-on assault teams. A small patrol was conducted toward the farm house where a firefight ensued before teams rallied once again for extraction.

Safety, Respect, and Spirit of the Game